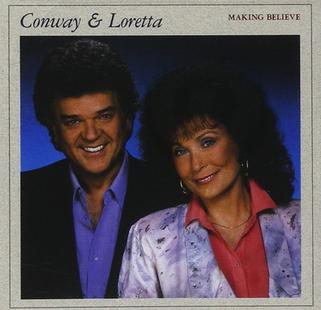 Making Believe was a Conway Twitty and Loretta Lynn album of two halves: the first side contained five new songs from Country's biggest duet, and the second side contained five re-releases from previous albums. The album was their last one to chart and it reached No. 68 after its release in September 1988.
Powered by Lapero