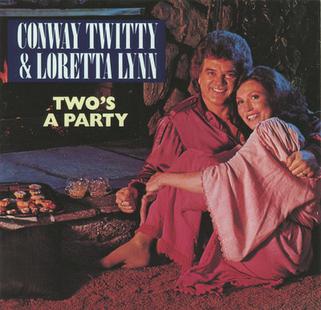 Despite fans and critics saying that Conway and Loretta would keep making music for a decade, only two years after Diamond Duet they released their final collaborative studio album together, Two's A Party. The album peaked at No. 28 and both of its singles reached the Top 10, signing off their decade-long partnership with a fitting flourish.
Powered by Lapero