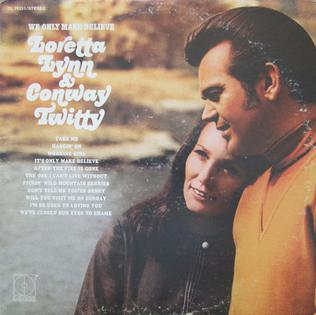 First of ten albums released with Conway Twitty, We Only Make Believe was released in February 1971. It was a No. 3 album and also broke into the US pop chart too, peaking at 78. Loretta and Conway each wrote two of the album's songs, showing off their talents as singers, songwriters, and partners!
Powered by Lapero