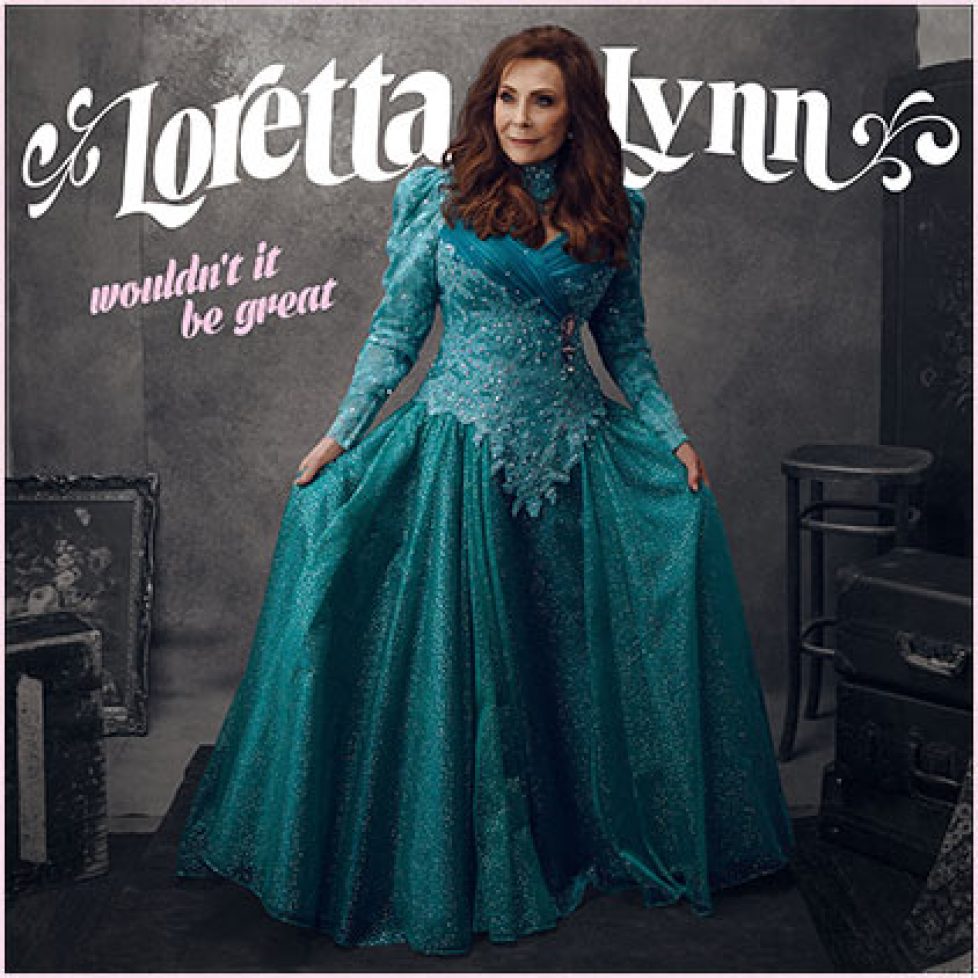 After her 18th nomination and a Lifetime Achievement Award, Loretta Lynn has done anything but retire. Today, Loretta was honored to be among a distinguished group of fellow artists nominated for a Grammy for this year’s Best Country Solo Performance.  The title track of her latest album, “Wouldn’t It be Great?” earned her the latest nomination. The American Country music legend, known for her pure country sound and down to earth, authentic songs, continues to wow fans even at 86 years young. Beginning with her first nomination in 1966 for her hit song, “Don’t Come Home A Drinkin’ “, Lynn has received a Grammy nomination every single decade for the past six!

Lynn was excited to be nominated and offered high praise for fellow nominees and winners.  “Congratulations to my fellow 2018 nominee, Kacey Musgraves, on winning the Grammy for best Country Solo Performance. It is so deserved with such an amazing voice like yours. Every nomination and Grammy received was so special to me and it makes me so happy to see more great artists recognized. I am so thankful to my fans and to the Grammys for having been nominated for this award. It’s such an honor just to be thought of and considered, especially for a song that means so much to me. I could have never dreamed of 18 Grammy nominations, 3 wins, and a Lifetime Achievement Award from the Grammys. Thank y’all so much and a big congrats to all the winners!”

“Wouldn’t It be Great?” is a heartbreaker that causes listeners to run the gamut of emotions, as they sympathize, hope with faith, and relate to the pain one feels when seeking the best for those they love. The last song Loretta ever wrote for her husband of 48 years, Doolittle, it tackles head on that their marriage and love story was impacted by the real life struggles and pains of alcoholism. The authenticity and emotion in Loretta’s voice is chilling as she hits the chorus with the imploring question, “Wouldn’t it be great?”… if those we love could be free of all that torments them and impacts everyone around them. Her powerful vocals, six decades into her career, will still leave you both awed and delighted. This song is powerful and captures the most vulnerable and sincere aspects of Loretta Lynn’s life.

Lynn continues in legendary status simply because she is Loretta. Lynn’s family and world of fans are over the top with her nomination, her latest album, and her willingness to keep on singing! Get Wouldn’t It Be Great now at https://lorettalynn.lnk.to/WIBG!grammy