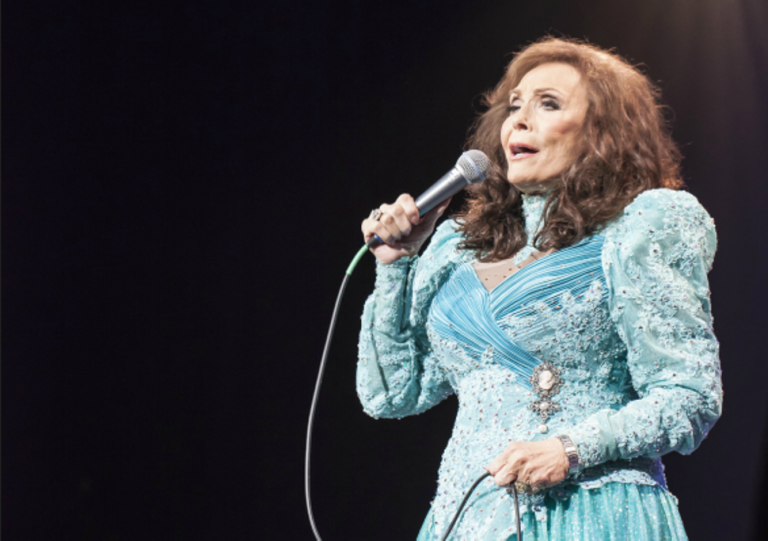 As Loretta Lynn’s son Ernest Ray Lynn was warming up the crowd at the Ryman Friday night with a spirited but rather tongue-in-cheek version of “Mama Tried,” a roar of approval burst forth from the right side of the auditorium. The catalyst was the glittering appearance of Ernest Ray’s mama in the wings of the Ryman stage, dressed in her full Country Music Princess regalia. It was a moment that spoke of the love that filled the Mother Church that night, the first of a two-night stand. It’s a love that includes family and fans and is powered by the Coal Country Cinderella story that began over five decades ago.