It’s their day. I remember it like yesterday. I didn’t have a clue I was pregnant with twins. Can you believe that? It was Dr. Hasty's first delivery ever! That didn’t bother me a bit. I told him not to worry, that I’d been through it plenty. It wasn’t my first rodeo and knew exactly what to do! Peggy Jean arrived first and he said to me, “It’s a beautiful girl, but it looks like there’s another.” I said, “Another what!?” I just couldn't imagine having twins and taking care of two babies. When he said there was another one to deliver, in exhaustion I said, “I can’t. Leave it in there!” Well, my little Patsy Eileen soon appeared healthy as a horse. They were beautiful and I was in shock!
When they were little I was on the road a lot. Our housekeeper, Gloria, was their second momma. She loved ‘em and spoiled ‘em and, boy, did they have their daddy wrapped around their little fingers. Those girls brought out a side of him many never saw. He adored them and they knew it! They were daddy’s girls through and through. The were always fun and always feisty and they stayed in mischief. You had to always wonder what the twins were up to! They were seven years old in 1971 when I popped off in the recording, “Oh gee, I hope it ain’t twins again!” in my song “One’s on the Way” and, boy, was I in hot water for that one!
In the late 90s they became a music duo, The Lynns. I knew from day one they’d be as big as they wanted. I know every momma says those kind of things but my family will tell you that I always tell it like it is, even when it isn’t what they want to hear—but I knew these girls could sing. They had “it”. They charted two singles and received Vocal Duo of the Year nominations in 1998 and 1999. I was proud as punch, but I wasn’t surprised. They decided to move on from the stage, but it showed me that these two can do about anything.
Peggy has become a master farmer and we have the best little chats about her garden and the amazing stuff she grows. She’s made it a huge success and turned her place into a little piece of heaven. Pasty has proven to be even better behind the curtain than on the stage. She’s a producer and a songwriter and helps keep so much of my world running. They’re both amazing mommas with the best kids ever. I guess I’m more proud of the mommas they are and how fiercely they love their own kids than anything.
One of the greatest joys of a long life is friendship with your kids and lots of second chances. I missed more than I like from when they were little, but these girls came on the road with me for millions of miles when they were grown. We’ve had the best times. We’ve become the best of friends and I mean that. When they walk in the door hollering for me, I’m as happy as a kid in a creek. I always think, “A visit from a twin can bring a grin!” They boss me and I boss right back. Adult kids start bossing you sometimes, you know! In my health battles they’ve looked out for and took care of me in ways that touch my heart more than I can ever put words to. We laugh together—a lot. We cut up. We always have the best time, even if just on the phone or sitting around the house, because we’re the best of friends. I pray every momma discovers the joy of becoming friends with their kids.
These two are the best and I wouldn’t trade ‘em for the world. So if I had it to do all over again, I’d tell Dr. Hasty that one more sounds about perfect to me. It turned out in this case that two really are better than one. 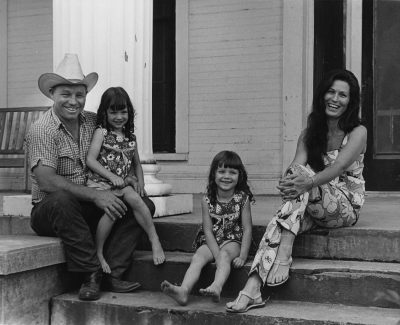 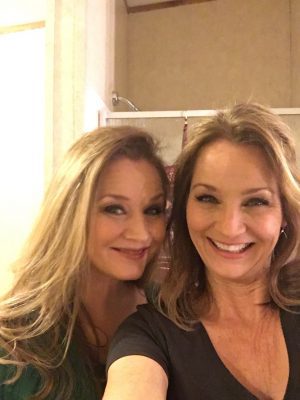 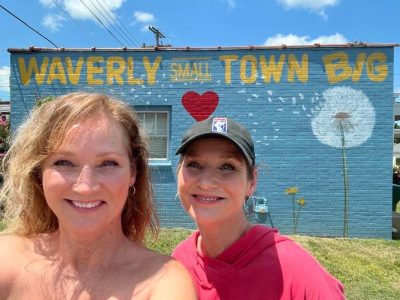