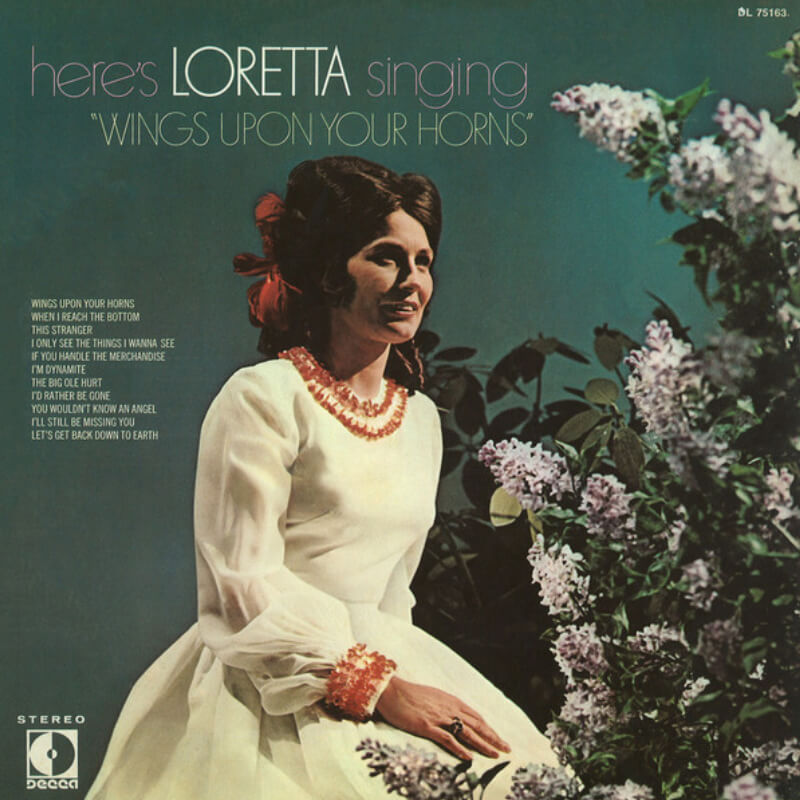 Loretta's 15th studio album, Wings Upon Your Horns, was released in January 1970, containing seven songs written by Loretta. The album peaked at No.5 on the chart and has "everything going for it... from the opening notes to the last strains", and she was unafraid to bring the sexual revolution into Country music.
Powered by Lapero